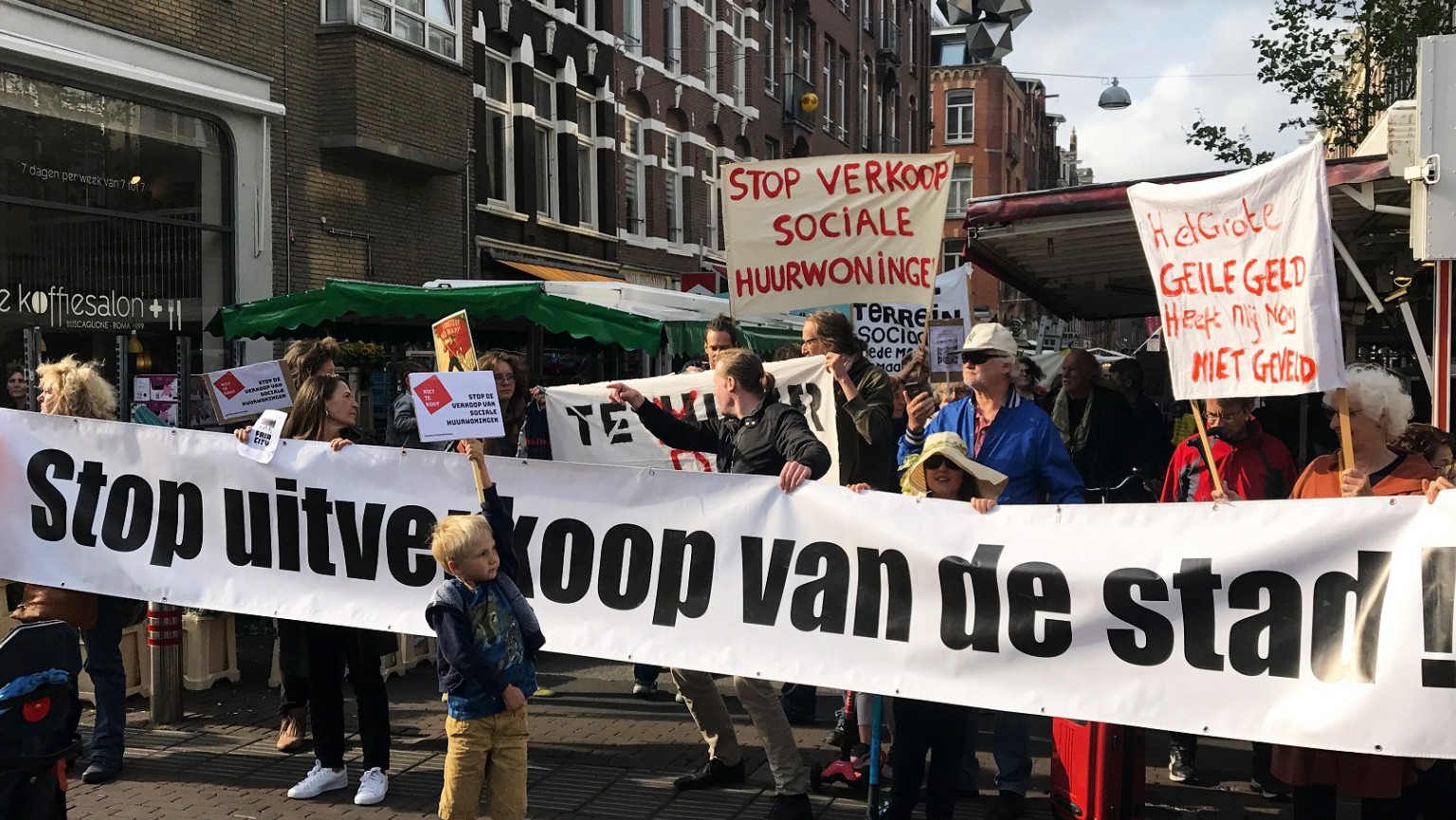 All large cities in the world have become magnets for newcomers, tourists, expats and laptop-nomads. In the Netherlands two cities like Groningen and Eindhoven are bursting at the seams. In our capita... More...

All large cities in the world have become magnets for newcomers, tourists, expats and laptop-nomads. In the Netherlands two cities like Groningen and Eindhoven are bursting at the seams. In our capital Amsterdam the pressure is the greatest.

In the next fifteen years the city will continue to grown until the magical number of 1 million residents has been reached. Will we in Amsterdam follow London or Paris, where the middle class is disappearing? What will this do to the capital and can anything be done to bring this to a halt?

During the financial crisis there was too little construction taking place in the cities, which has resulted in tremendous pressure being exerted on the housing market with the bubble now under threat of bursting. Residents no longer have the feeling that the city center is theirs, but instead, has become a kind of Disneyland for adults. Central areas, but also a growing number of nearby older neighborhoods have become highly sought after objects for investors. A growing number of city dwellers are feeling excluded. But also for the many new residents there is barely any space left.

The super-deluxe apartments currently under construction around the Dam in Amsterdam and along the Amstel River and banks of the IJ illustrate how the city center has become too expensive for most people to be able to live there. This creates a waterbed effect for nearby neighborhoods. The Indies neighborhood is such an area where the changes in the city are clearly visible. Where, for example, the Javastraat only a mere seven years ago was an impoverished haven of dubious shops and criminal activity defining the image of the street, it is now hip & happening. And with the exception of a few green grocers, has undergone a near total gentrification.

Residents, shop owners, real estate developers and town planners analyze what the pressure on the city actually means. The average price per square meter for a buy-to-own home is nearing €5000 and in the rental sector prices of €1500 are very normal. The waiting list for social housing is enormous. Cities where middle-class families are being driven out and where expats, tourists and students determine what happens. Will the city still be appealing and livable in ten years’ time or will it instead simply become a kind of décor and at most, just an earning machine for real estate developers?
Can the tide be turned and the soul of the city saved? Because who will the city of the future really belong to?

Backlight: The Rise Of Vertical Farming

Our food system is currently organized very inefficiently. Our food travels for many kilometres, uses an excessive amount of water...

Designer Bas van Abel decided to create a mobile phone, while exploiting man and nature as little as possible.

Boyan Slat has set up the greatest plastic cleanup campaign in history. And it all started over five years ago, with a graduation...

The way in which man moves around will be drastically changed in the future. It won't be long before self-driving cars wil...