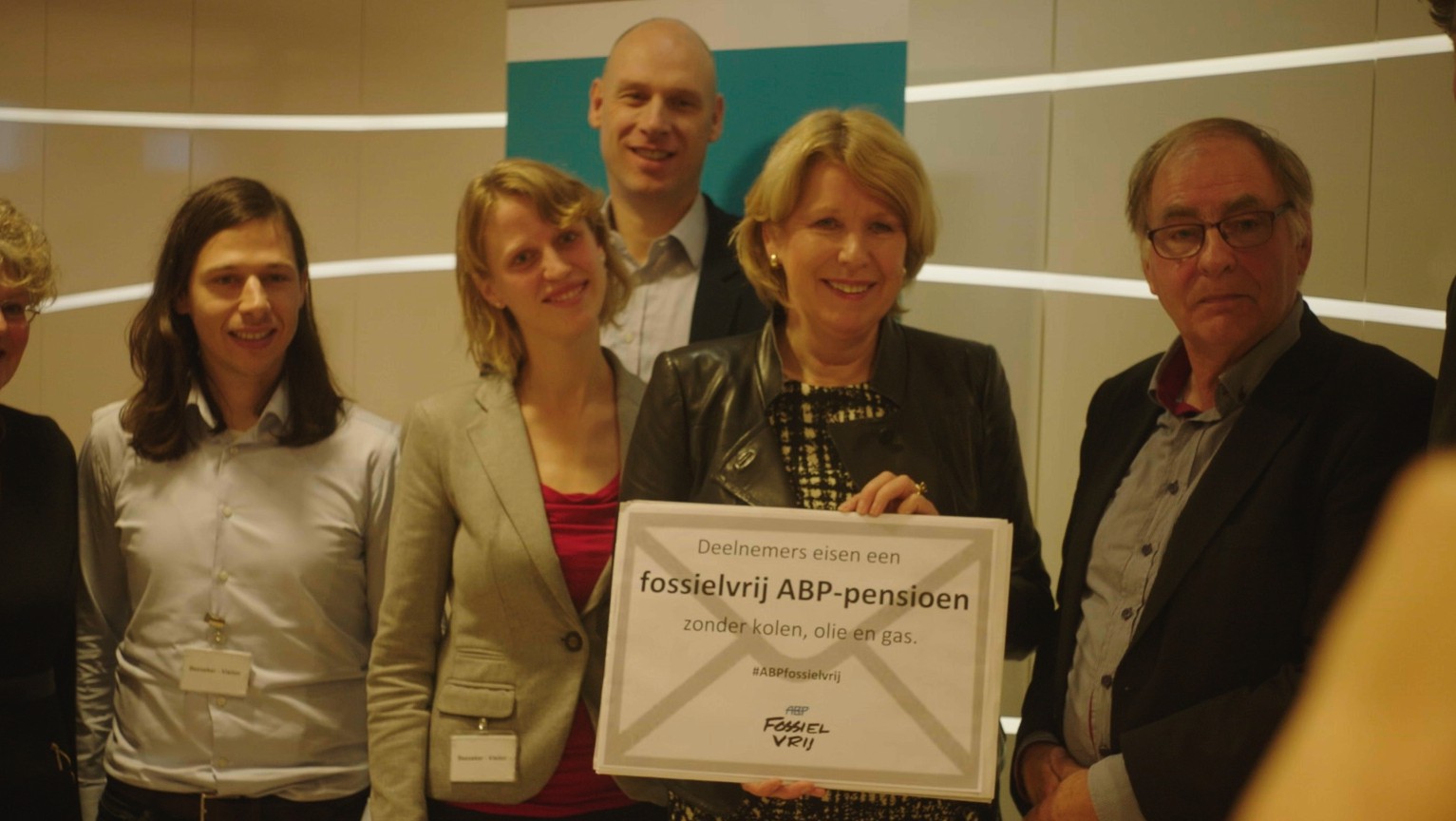 A growing group of concerned citizens no longer trusts politicians to tackle climate change. They now focus on the financial sector and receive help from unexpected sources. More...

A growing group of concerned citizens no longer trusts politicians to tackle climate change. They now focus on the financial sector and receive help from unexpected sources. Big banks like HSBC, Citibank and the regulating Bank of England recently started to warn against the so-called ‘carbon bubble’. Investing in coal, oil and gas not only causes temperatures to rise, but it also involves substantial financial risks, for pensions for example. Armed with this new weapon, activists are summoning pension funds, universities and other funds to reduce their investments in fossil fuels.

The trust that politicians will come up with a solution for climate change is waning. A rapidly growing group of concerned citizens is looking for other ways to tackle climate change. They now focus on the financial world, because they believe that there is at least as much influence to be found here as in governments.

In the Netherlands, pension fund ABP—one of the world’s largest funds, with more than 350 billion euros in investments—is an attractive target for the divestment movement. Through campaigns and conversations with pensioners and supervisors, the fossil free activists are trying to urge ABP to pull large sums out of companies responsible for high carbon emissions. And with success. ABP recently announced that they will start rating all their investments in terms of sustainability. The fund will invest more in renewable energy and less in coal and oil. But for the divestment movement, the mission won’t be accomplished until ABP and other pension funds dare to make even more radical choices and completely stop investing in the fossil fuel industry. Is this the right strategy? VPRO Backlight follows activists and stock traders, in search of the benefit and necessity of this new way of campaigning.

Backlight: Beyond The Green Horizon

Backlight: Running A Business and Saving the World

Shareholder capitalism is a business model fixed on shareholder value and profit maximization. In recent years, this model has bee...

Backlight: The Power of the Rating Agencies

It is simply reading tea leaves.

In these 10-minute shorts, Backlight shows the most inspiring ideas in the fields of sustainability, technology & philosophy.