Backlight: Scramble For The Northpole 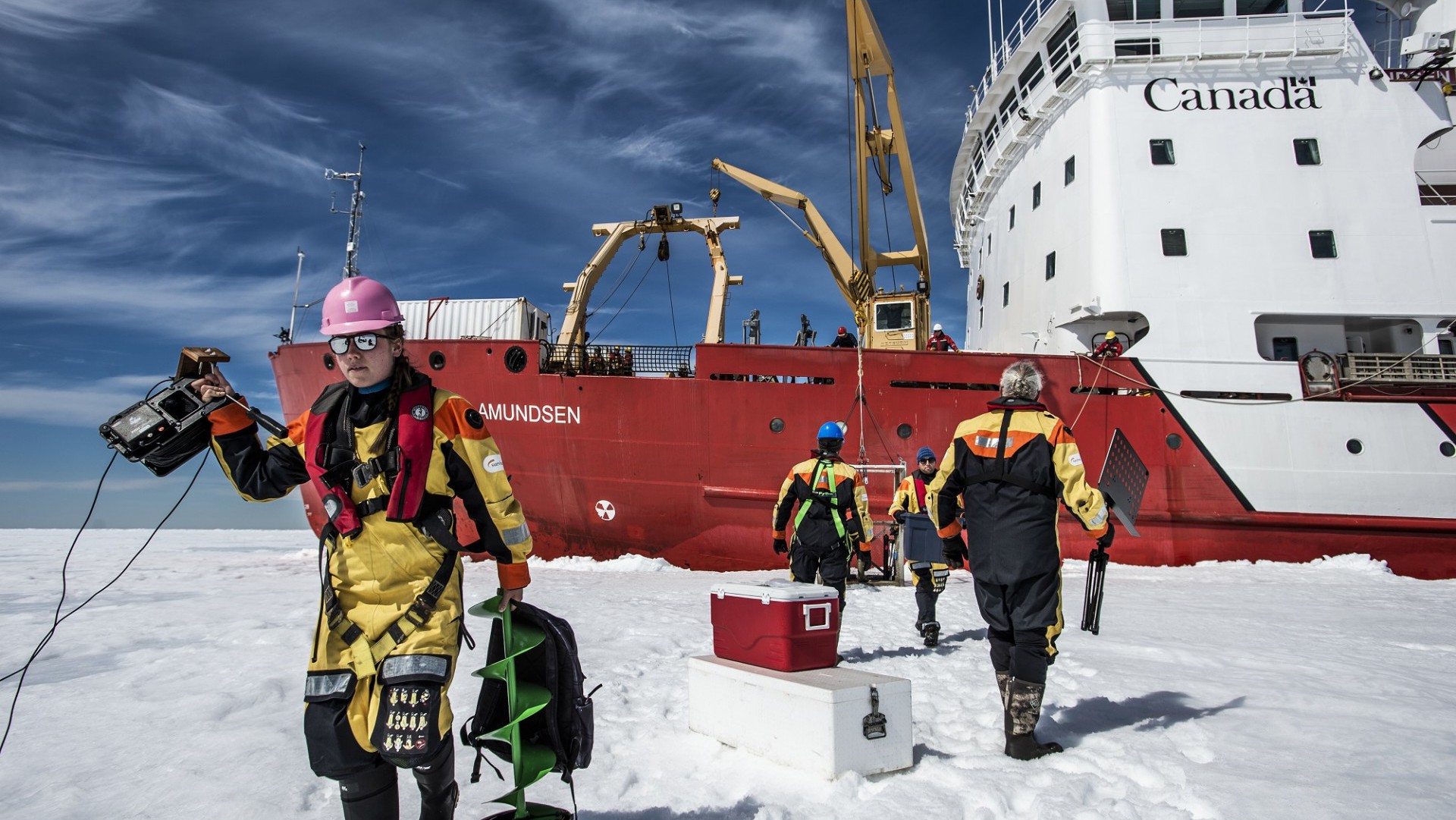 Now that the Arctic ice is melting due to climate change, waterways are formed in the summer, allowing ships to reach raw materials that were previously inaccessible. The resulting scramble among supe... More...

Now that the Arctic ice is melting due to climate change, waterways are formed in the summer, allowing ships to reach raw materials that were previously inaccessible. The resulting scramble among superpowers for nickel and gold mines puts a strain on geopolitical relations and has major consequences for the lives of the indigenous Arctic peoples. A visual report by photographers Kadir van Lohuizen and Yuri Kozyrev.

Russian photographer Yuri Kozyrev and Dutch photographer Kadir van Lohuizen travelled to the Arctic, each to a different region. They captured their journey on photo and video, and spoke with the people they met along the way. Van Lohuizen covered the Western part of the Arctic. The native inhabitants of the Arctic—the Inuit—take him along on a whale hunt, and explain to him how the melting ice threatens their livelihood. He also travels with the Canadian army and pays a visit to the American coast guard in the Arctic, which protects the newly accessible shipping routes.

Military presence is growing as the scramble for oil, gas and minerals ensues in the Arctic. Things are moving fast: especially the Russian part of the Arctic is changing rapidly. Ports are being constructed at breakneck speed, and the Russians are building an entire fleet of icebreakers, which can guide container ships from China to Norway in just three weeks. On the northern edge of Russia, Kozyrev travels to the gas fields of Russian gas company Gazprom, which are exploited with the latest technology, and he visits the Naval Academy, where young Russian recruits are trained. The boys, some of them still children, learn about climate change and how to use a gun, while they sing of their future heroic deeds.

Meanwhile there is a delicate balance between Gazprom and the nomadic Nenets, who have traversed the Russian Arctic for ages. For as much as the melting ice might offer economic opportunities, it also threatens the lives of the native inhabitants. And our lives as well: all of this might seem very far from our own backyard, but the Arctic ice functions as a kind of air conditioning for our planet. Doing nothing is not an option.