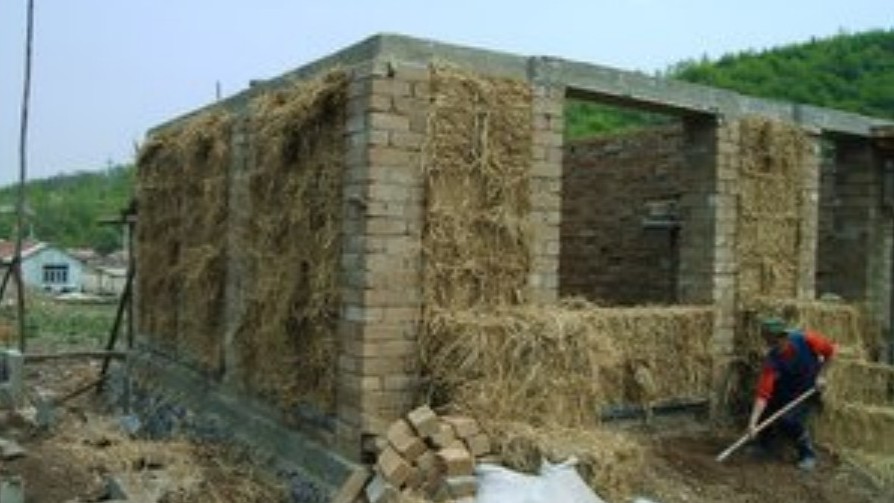 A documentary about the Cradle to Cradle principle: designers and manufacturers should incorporate the recyclability of the materials of which the products are made off. More...

A documentary about the Cradle to Cradle principle: designers and manufacturers should incorporate the recyclability of the materials of which the products are made off.

Each product, once it's discarded, should be (non-toxic) food for the Biosphere or be completely recyclable in the Technosphere. This principle is already being tried out by a number of major companies.

This film shows large companies (Nike, Ford) and smaller companies (Herman Miller, Rohner Textile) that experiment with completely clean and sustainable production methods and products according to the concept that 'Waste = Food'. But not only companies are embracing this principle: in China, a model village is being built following this principle.
Natural resources are being depleted on a rapid scale while production and consumption are rising rapidly in nations like China and India. The waste production is enormous and if we do not do anything we will soon have turned all our resources into one big messy landfill.
William McDonough, an American designer, and Michael Braungart, a German chemist, think they have found a way out. Their aim is to re-design every product according to the principle nature uses to grow: Waste = Food. McDonough and Braungart realised that the Waste = Food principle could be applied to all man-made products. They could not foresee that their company: McDonough Braungart Design Chemistry (MBDC) would start a new Industrial Revolution.

SWITZERLAND
The Rohner textile mill in Switzerland almost had to shut down. The mill was unable to meet the heavy environmental waste regulations. So they called in McDonough and Braungart. They designed a textile that only contained non-toxic materials. A biodegradable textile that could be put underground where it would become soil again. They designed a production method where the waste water coming out of the factory was cleaner then the water entering the factory. Rohner ended up with an economically successful product. The environmental regulating body had nothing to regulate anymore because the textile and its waste became non-toxic, clean and completely biodegradable.

NIKE
A running shoe is monstrous hybrid. Made of leather tanned with chromium in developing countries where the waste pollutes the water and soil. The rubber soles contain lead and plastics and each time you run fine dust particles are thrown into the atmosphere and the soil. After use the materials are lost in a landfill, useless and obsolete. John Hoke , Vice president global footwear-design:  "April 13, 1997 is the day my life changed. That day was the day I met Bill McDonough and Michael Braungart……"  They taught Jonn Hoke to take another look at shoes:  Create a toxin free shoe that can be recycled completely, re-using its valuable material.  Do not sell those shoes but sell a service, the service of 'Perfect Walking and Running'. The producer is very keen on taking them back when you are finished with them because it is their new 'production-food'.

HERMAN MILLER
Herman Miller is one of the world's largest Office Furniture manufacturers.  They successfully embraced the design principle of MBDC. Their office chairs are the best in the world. The plastic was designed with the help of Braungart. It can be re-melted about 200 times without loosing any of its original properties. Thus the plastic can be used thousands of years….
But not only the plastic was redesigned. Special 'Design for Environment teams' look for non-toxic materials and design chairs that can be disassembled completely. They designed  ways to re-use old material and give it a new life.Their complete factory was redesigned by McDonough to make it into an environment and human friendly building.

FORD
Ford has presented a new type of car. Model U, a concept car fully based on the cradle-to-cradle principle. A hydrogen car with body parts made of soy resin, seats from soy foam and tires made from corn. A car that can be dismantled completely, in order to re-use its materials in new cars. But Ford does not only want their cars to be clean. Inspired by McDonough and Braungart, Tim O'Brien - Vice President Corporate Relations is leading Ford into a new era. Within 20 years the entire giant Ford River Rouge production plant has to be transformed in a total clean production facility. Ford is serious about it and puts 2 billion US dollars apart to make it happen. McDonough is doing the design, trying to work out a new design principle that is unprecedented. They are trying to establish a clean, abundant and profitable world. Trying to say that energy wasting buildings, pollution and useless waste is an old fashioned industrial concept.

CHINA
Using waste products as valuable nutrients for the biosphere or the techno-sphere.
High production, high consumption, economic growth and a clean environment go hand in hand according to this new paradigm. An idea that is not only embraced by some of the world largest companies but also by the fastest developing economy:  China.
In the next 20 years, China wants to construct houses for 400 million people. These houses  can't be made of bricks, as that would take China's entire clay stratum. Moreover, baking those bricks would cost half of China's coal supply. The Chinese have enlisted the help of the originators of the Cradle-to-Cradle principle in order to build this unprecedented number of houses in a sustainable way.  In the village of Huangbaiyu we see a demonstration project of this building principle designed by Braungart and McDonough.

In these 10-minute shorts, Backlight shows the most inspiring ideas in the fields of sustainability, technology & philosophy.

The public interest for in-vitro meat in the Netherlands is great, but the possibility to put it on the market here now appears to...

With the new CRISPR-technology we can now literally copy and paste in DNA. There is a new revolutionary development happening whic...