From Mosul With Love 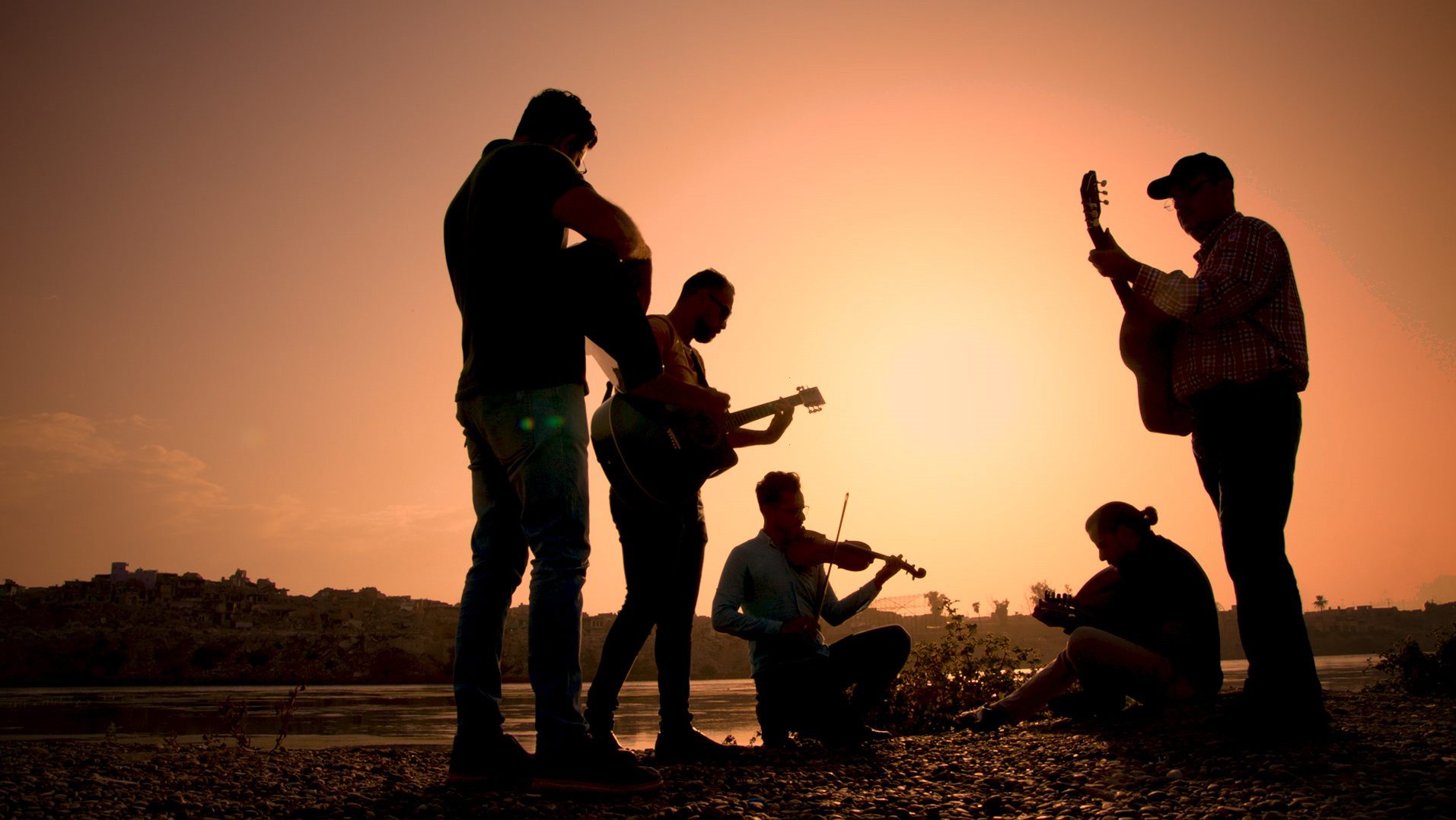 ‘How music and beauty can change the world and ourselves a little.’ – Rudi Vranckx   More...

‘How music and beauty can change the world and ourselves a little.’ – Rudi Vranckx

In May, five musicians from Mosul land at Zaventem airport, in Belgium, a country where there is no war; it feels almost abnormal. ‘This is freedom. Taste it, you’ll like it.’ Teacher Nabeel has been abroad before. But the others, all around 30 years old, have never known anything but war. ‘On our first night here I slept so peacefully. I knew nothing would happen, that everything was safe,’ says Hakam.

A half a year earlier Rudi Vranckx brought some 120 musical instruments to Mosul. The local music school had been shot to pieces by IS. Its instruments were destroyed.

A musical tour brought the Iraqi musicians to Belgium. There, during an arts festival, they saw girls singing and dancing. ‘It was the first time I’d seen something like that. My mouth fell open. I was in shock,’ says violinist Mouhamad. ‘You never see girls singing in Mosul. There aren’t even any venues where they can perform.’ Fortunately, that situation is now changing.

When Mouhamad meets Sabine, the woman who gave him her father’s violin, he is at a loss for words. But then he takes out his violin and, once again, the language of music says much more than words. A particularly warm and emotional encounter.

In October Rudi went back to Mosul. The school is flourishing. Classes have resumed. Cultural life is slowly restarting in the city. Tea is being drunk in the Book Forum. ‘Music is now being played here and poetry recited,’ says oud player Khalid.

‘From Mosul with Love is a reaction against extremism and blind violence. Without fear or anger. How music and beauty can change the world and ourselves a little.

After 30 years as a war correspondent, I felt the need to do something positive. It is one of the finest and most moving projects I’ve ever been involved in.’ – Rudi Vranckx

A journey through Poland and the city of Krakow, guided by the Polish poet and Nobel Prize winner Wislawa Szymborska.

Scenarios For A Normal Life

Jonathan is 8 years old and has ASD (autistic spectrum disorder). 'Scenarios for a Normal Life' shows the people who deal with him...

Anne is 11 years old and acts crazy all day. She has the syndrome of Gilles de la Tourette.

A moving and humorous portrait of Holland’s oldest greengrocer and his wife, who have been putting their heart and soul into...