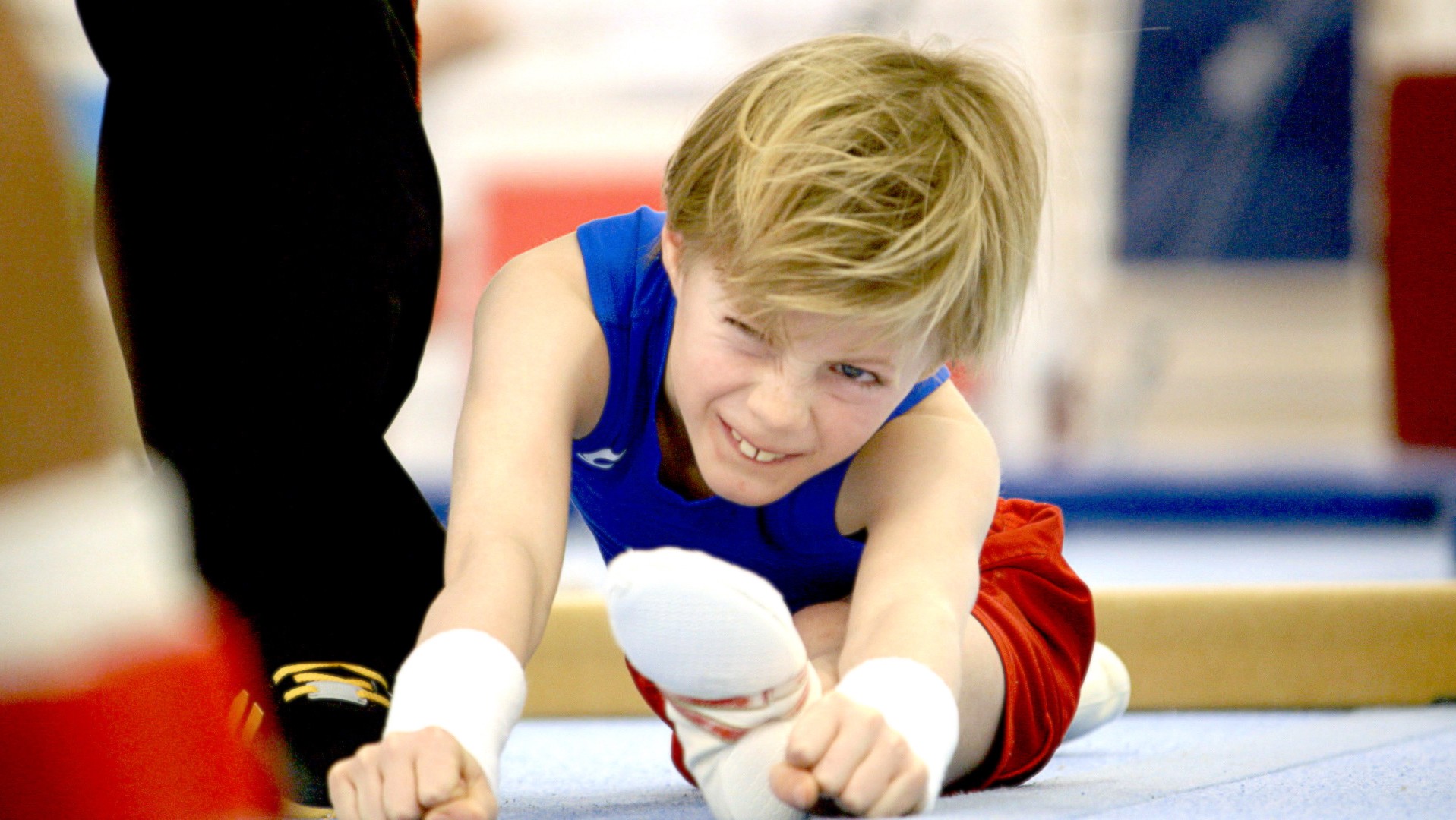 Top-level sports without parents is impossible. With parents it is often a disaster. More...

‘I am not the kind of parent who will be in the stands screaming and shouting,’ thinks director Esther Pardijs when her nine-year-old son is selected by the Royal Dutch Gymnastics Federation. But once she actually sits in the stands at the Dutch Championships, she is just as competitive, proud, jealous and envious as the other parents. ‘If another child falls, mine will finish higher,’ is how she thinks. Surprised by her own fanaticism Pardijs decides to follow her son Roman and other parents and their children with her camera. STRETCH! shows the merciless regimen children who practice sports at the highest level have to subject themselves to and the struggles and dilemmas of their fretful parents.

Father Oscar is very ambitious. For him chauffeuring his son Wytze to and from the gym hall isn’t enough. Isn’t it your task as a father to get the most out of your son? If you invest that much time and energy, is it strange that as a parent you expect something back in terms of achievements? Oscar wrestles with the question whether he should trust his talented son’s coach. Is Wytze actually getting the attention he deserves?

‘When a child discovers his or her talent early on, it makes for possibilities, self-confidence and happiness,‘ thinks mother/director Esther. But when his coach advises her son Roman not to go to birthday parties because he has to train, she begins to have second thoughts. Should you deny your child a social life? She realizes that she has to make a choice. The further you go, the harder it becomes to stop. At this level you can really only stop once.

Mother Femke and father Erik keep a close eye on the well-being of their son Jannik. But when a crying Jannik makes clear that he doesn’t want to train, he and his father are nevertheless persuaded by the coach to do so anyway.

The primary task of a coach is to deliver medal-winning performances. Coaches often have no pedagogical skills or background in teaching, while they do have a major influence on the development of underage children. The coaches aren’t trained to deal with the dilemmas of parents. And parents can make it very difficult for the coaches, with the attention they demand for their little champs. Other than the 10-minute talks there is hardly any contact between parents and coaches. And during those talks, parents prefer not to cause trouble, as that may affect the way their child gets treated during the training.

About the complicated double role of being a director and mother in the film, Pardijs says: ‘Whenever my son was having a hard time and I was filming him, I felt I was being a bad mother. If I didn’t film him but consoled him instead, I felt I was being a bad director. In all honesty, I have to admit that the director in me often drew the longest straw. So am I one of those parents who is out to achieve something on the back of their child after all?’

In this disturbing and candid film portrait, the filmmaker lays bare the choices she and other parents in the world of top-level sports have to make. The film raises questions about parenting and the society in which we live. Can you know what is good for your child, in the short and long term? What do we actually expect from our children?

People who do not just undergo their destiny but courageously row against the current, looking for a way out of downward spirals a...

The Pilots Mask is a documentary about the emotional rollercoaster where seriously ill children end up in a hospital for a long ti...

Backlight: Anger As A Weapon According To Pankaj Mishra

Anger. A word often heard in the 21st century. The anger of a lone wolf and the anger of nationalists. Anger, fed by Trump, the Br...

A personal, investigative documentary about menopause.