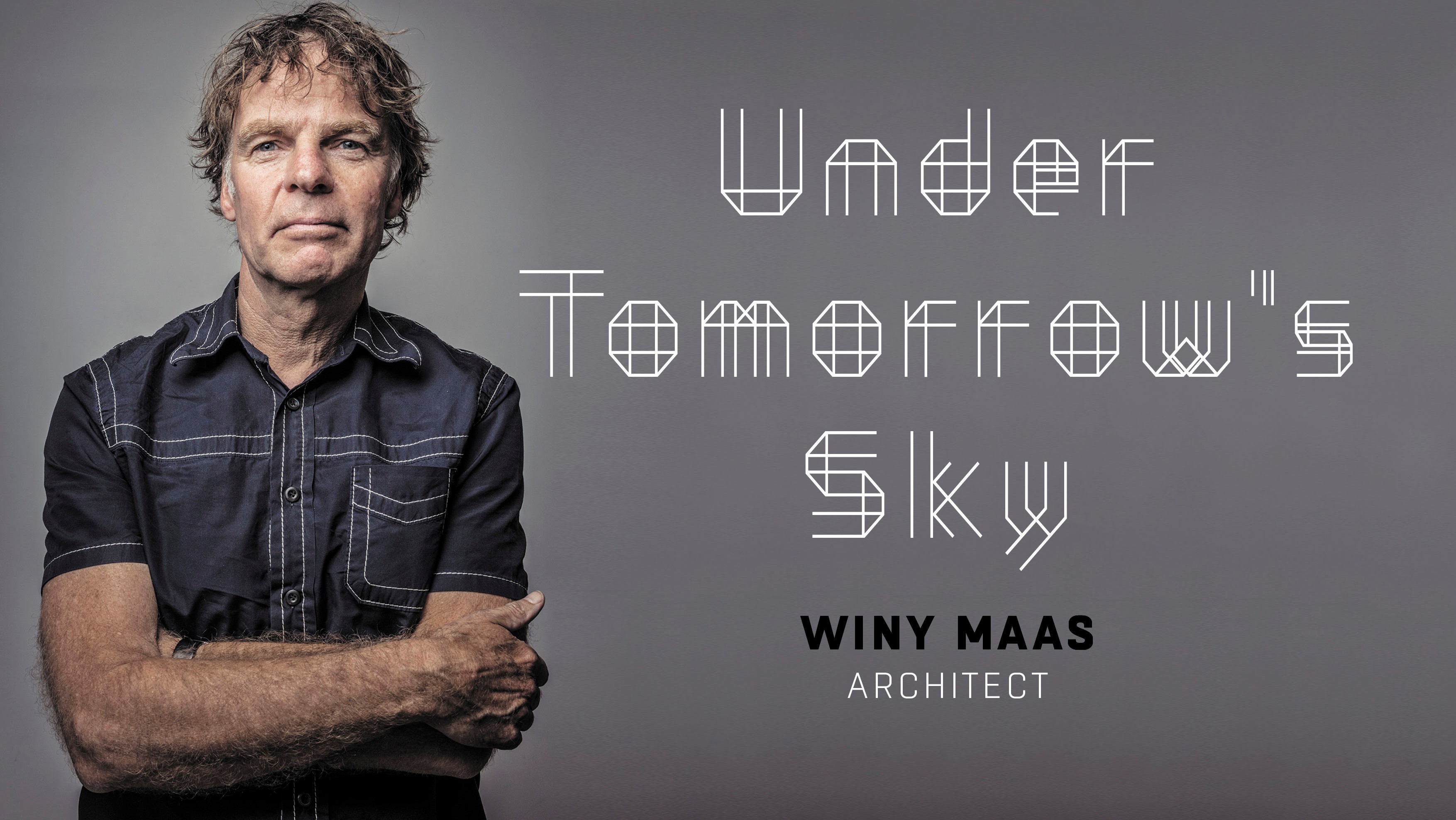 In the documentary Under Tomorrow’s Sky (52' and 70'), architect and urbanist Winy Maas takes over the world with his innovative designs. More...

Within the documentary Under Tomorrow’s Sky (52' and 70'), one can see how  architect and urbanist Winy Maas has taken over the world with his innovative designs. The documentary is a film about a passionate man who sees it as his mission to find solutions towards the city of the future.

Winy Maas: ‘When one realises that the overall world population will have grown by 5 billion people in 2050 and that most of these people will be living in cities, we will have to go up in the sky and design innovative ways of high-rise buildings, where people can live and work in a pleasant way.’

For this documentary director Jan Louter and architect Winy Maas both travel to China and Taiwan, amongst others. However, also Winy Maas’ famous designs in the Netherlands are featured. By means of several captivating designs, one can see what Winy Maas has to deal with as being an architect and urbanist. From sincere discussions with clients, tough design meetings, where he sometimes clashes with his teams, to visiting construction sites. The audience gets a glimpse of what happens behind the scenes and which obstacles and problems Winy Maas and his MVRDV team have to overcome to reach their goal. Besides, the documentary features the honest and ‘raw’ aspects of an architects’ life; designs and projects on which months of work has already been done and which get cancelled in the end.

Throughout the documentary Winy Maas is also featured while working as a professor at the TU Delft, where he founded The Why Factory. Within this thinktank and alongside a team of colleagues and students, he develops concepts to keep cities compact and liveable for the future. For instance, one of these ideas is the so-called ‘high-rise tower of the future’ or Vertical Village; various housing styles that are built on top of each other and connected by bridges and squares to form a whole vertical village.

Winy Maas: One would have a garden, squares, a day care centre, cafés and workspaces at a hight of 100 or 150 meters. This is how future urban town-planning should look like. It is my dream to witness that happen.

A Syrian father flees to the Netherlands, to save his young daughter who is seriously ill.

Pano: The Secret of Jehovah

This documentary paints a disturbing picture of the internal functioning of the community of Jehovah's witnesses in Belgium. This...

The proposed free trade agreement between the US and Europe (TTIP) causes concern about the European right to self-determination.

The dilemmas surrounding euthanasia are nowhere in the world as openly under discussion as in the Netherlands. However, this does...