Daddy's Day is a tragicomic series about six totally different men and their struggles with modern parenthood. Every Thursday, they gather around the sandbox in the park to boost each other’s morale.
Login to view full video 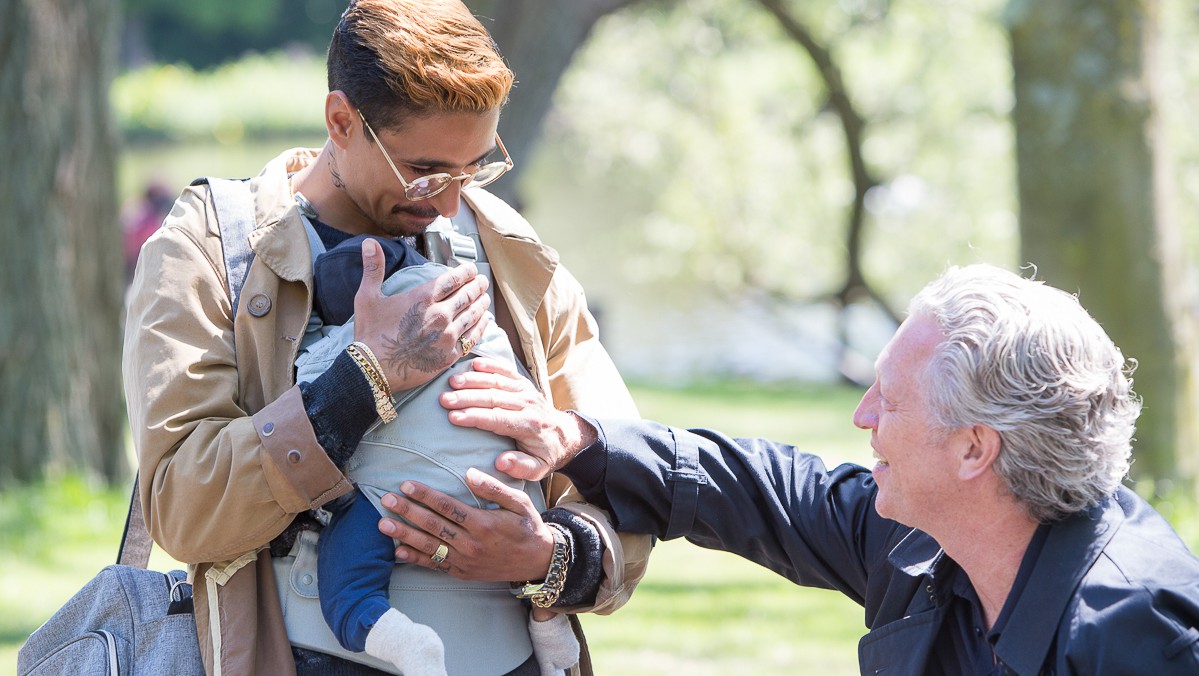 Daddy's Day is a tragicomic series about six totally different men and their struggles with modern parenthood. Every Thursday, they gather around the sandbox in the park to boost each other’s morale. More... 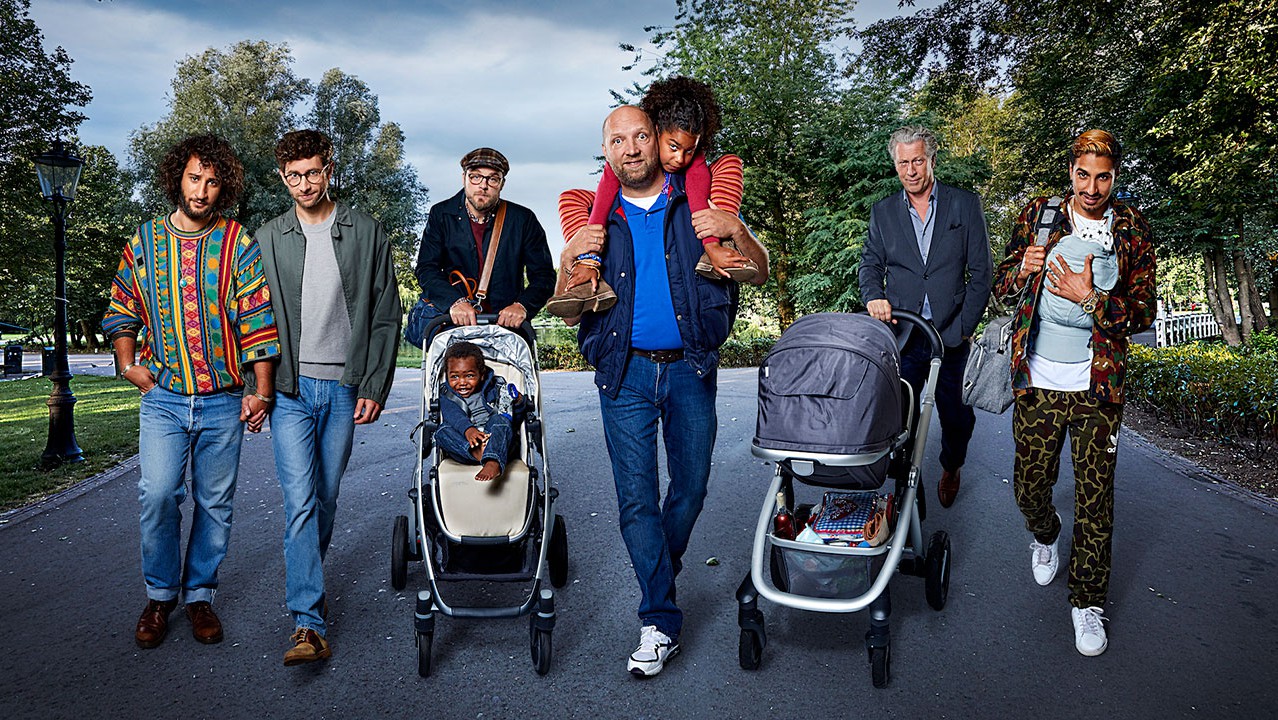 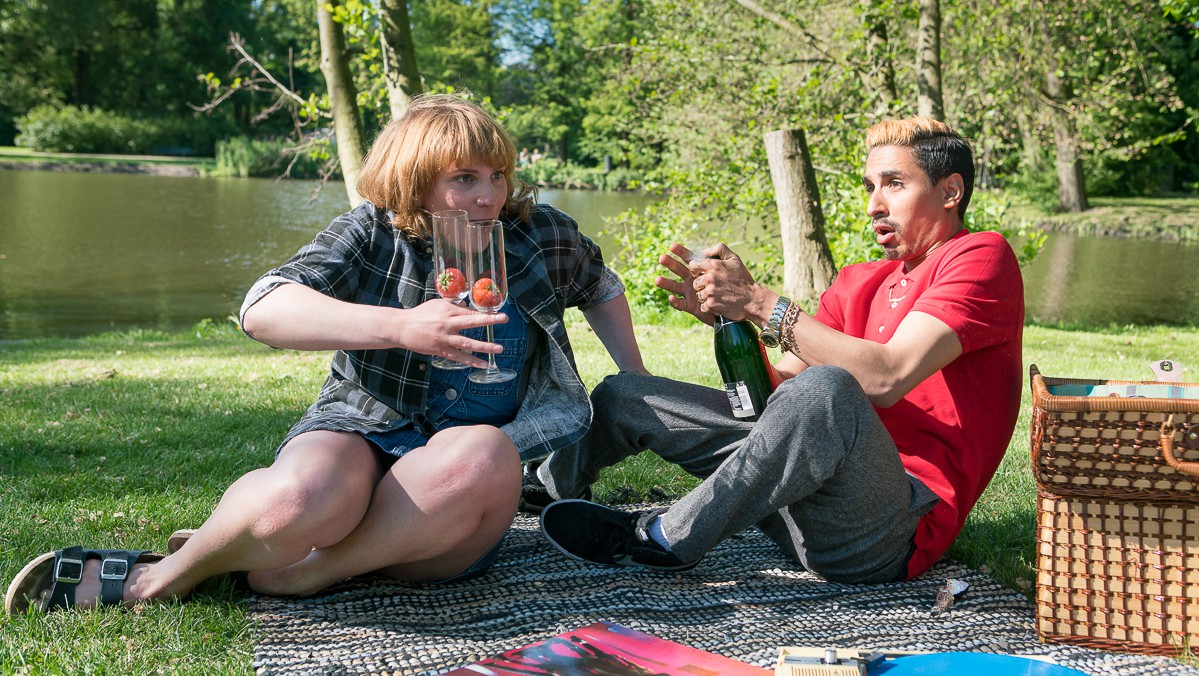 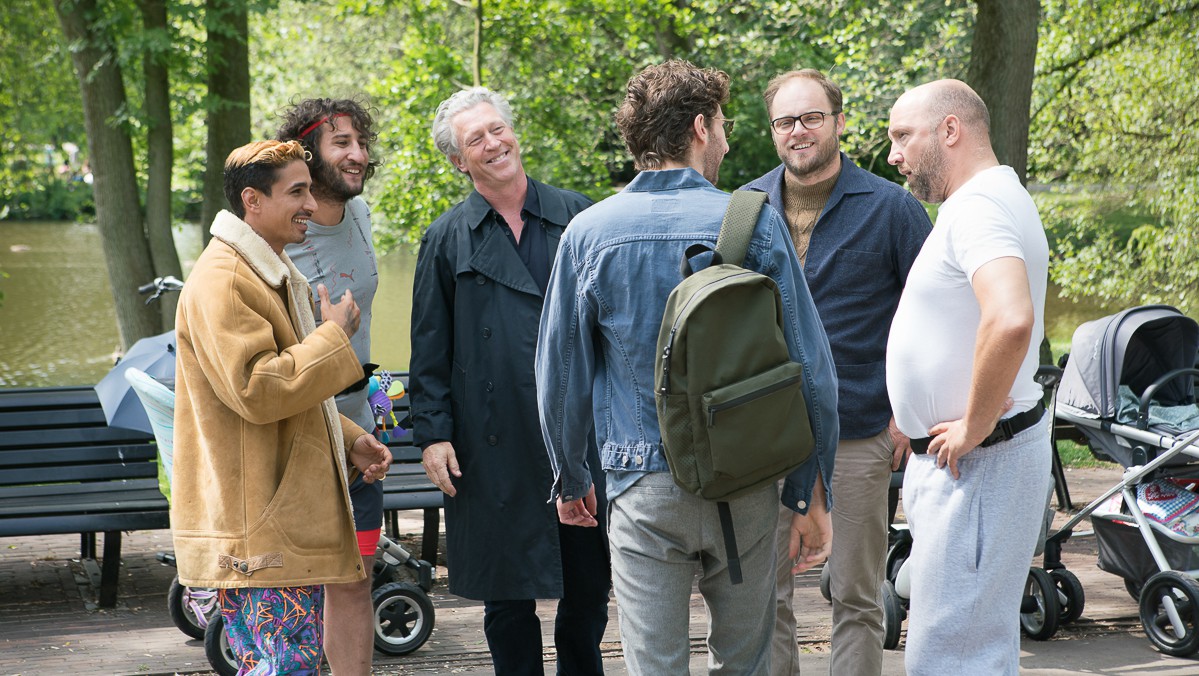 Daddy's Day is a tragicomic series about six totally different men and their struggles with modern parenthood. Every Thursday, they gather around the sandbox in the park to boost each other’s morale.

Episode 1: Family Life
The birth of their baby Fader causes quite a stir in the lives of Bouzian – also known as DJ Booz - and his partner Lisa. But where Bouzian continues to play, sniff cocaine and party, Lisa struggles with being a mother in general and breastfeeding in particular. She gets more and more depressed and finally decides to go away. She leaves baby Fader, who cries a lot, with Bouzian, who must now seriously dedicate himself to the care of his son. During his walks in the park with the baby, he meets other men who, each in their own way, are struggling with being a father. Martijn, who works in the civil service and has recently adopted baby son Kofi, is overly concerned. Electrician Ronnie, whose mother-in-law has had a heart attack, is being forced by his wife Monique to baby-sit their children one day a week. Banker Louis, who has just been fired, must get to work as a fulltime father, while his much younger girlfriend (and former mistress) Alice still works fulltime at the same bank. Their baby refuses the bottle and now Louis must pass by the bank every day so that Alice can breastfeed. All these men meet each other in the park and they decide to get together every week.

Meanwhile, gay couple Thijs and Sadiq have their own problem, which is of a completely different nature. Sadiq, who fled from Syria as a child, wants nothing more than to settle down and start a family. His introvert partner Thijs, however, still struggles with his homosexuality and as a result, has doubts about becoming a gay parent. He believes that a child needs both a father and a mother. When Sadiq refuses to accept his gift of a dog, Thijs goes for a walk in the park, where he notices the group of dads.

Episode 2: Seahorses
Now that they have their own house, Sadiq really wants to become a father. When he threatens to break off their relationship, it’s time for Thijs to decide. Does he really not want a child, or does he? In the park, he observes the group of fathers on their daddy’s day off. Ronnie thinks that Thijs is leering at the children and chases him away, but when Thijs gets emotional and explains his doubts about fatherhood, the men welcome him into their group.

Martijn has difficulty leaving Kofi at the crèche and even stops taking him there when he discovers that the teachers don’t speak proper Dutch. His hippie parents love to baby-sit, but Martijn doesn’t trust them. Every time he leaves Kofi with them, he becomes incredibly stressed.

Bouzian is also struggling with the issue of childcare. He cannot combine his work as a DJ with the care for his baby. His own mother is in Ibiza, the crèche hours don’t match his working hours and sleeping with that first au pair was certainly not a smart move.

Although Alice is still working fulltime at the bank’s Sustainability department, Louis does not bother with the housework. This leads to frequent quarrels, and when things get out of hand, Louis calls in Valentina, the cleaning lady who still cleans at his ex’s house. Alice assumes that Louis has finally taken responsibility and is doing the chores. She becomes very affectionate again, but when she discovers that Louis has paid someone else do them for him, their love life reaches an all-time low.

Ronnie’s mother-in-law Astrid must have absolute rest. Since Ronnie’s employer will not grant him a daddy’s day off, Ronnie decides to go freelance. He looks forward to being his own boss. As Thijs observes these men from close up, he realises that each of these different men are fathers in their own way, and that none of them are perfect. He finally decides to take the step and to become a father together with Sadiq.

A dramaseries about young people living in the big city. In this series dozens of stories intertwine with the story of the two mai...

In Blood Relatives we follow the De Winter family, as they struggle to cope with a string of domestic disputes, but where ultimate...

This drama series portrays the rise and fall of the immense popular Dutch singer and actor Ramses Shaffy in the late fif...