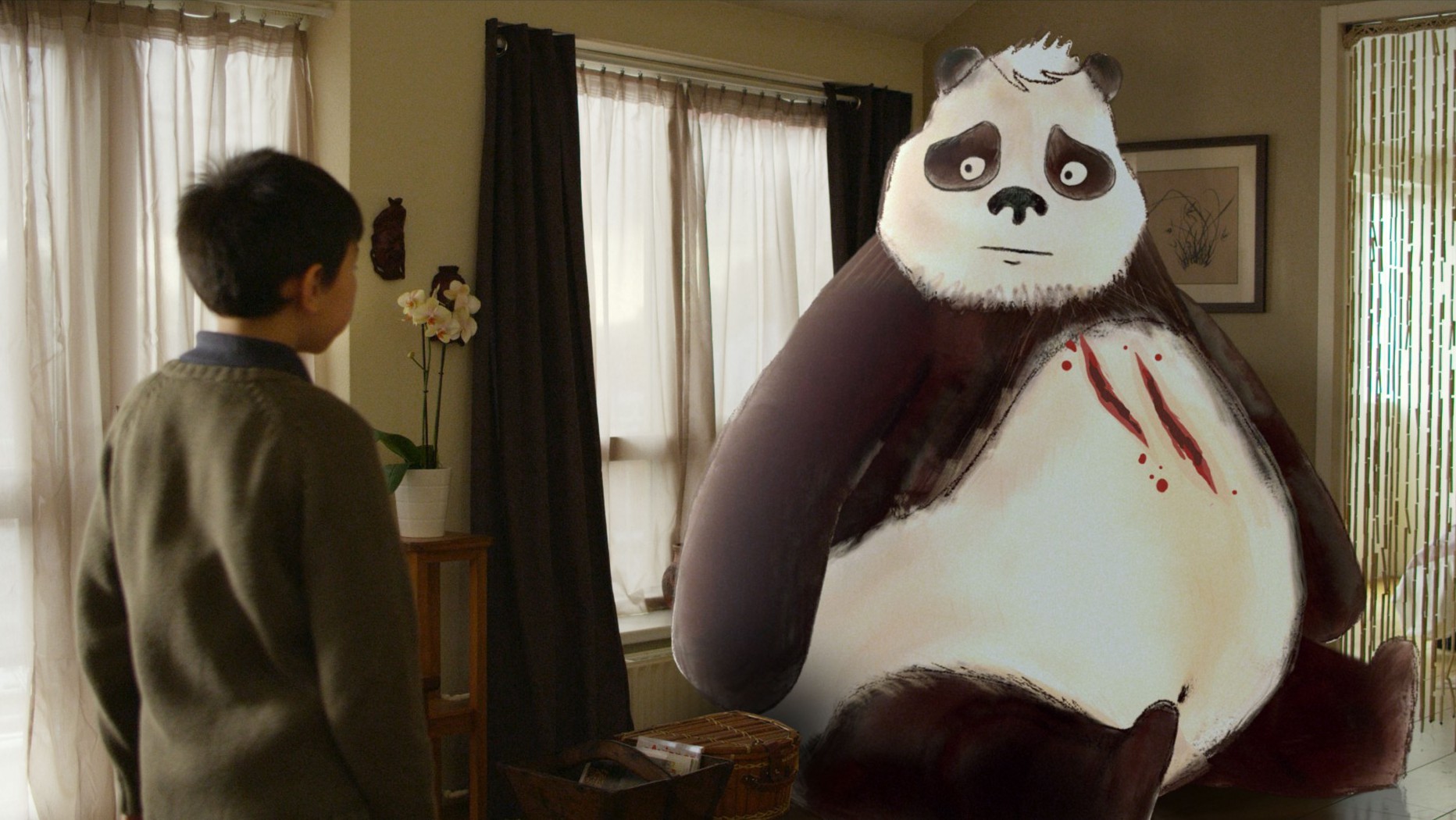 Yim has no friends in school, because he is too shy to speak. He is alone quite often, because his mother works both a day job and a night job. More...

Yim has no friends in school, because he is too shy to speak. He is alone quite often, because his mother works both a day job and a night job. But at home Yim has the biggest adventures with his imaginary friend Yoyo, the panda bear he has been drawing for years. Together they hunt the dragon that has been plaguing China, or at least Yim’s imagination of his mother land.

Whenever Yim isn’t on his hero’s quest he often visits the wind turbines in the fields on the edge of town, where he spends hours alone to draw them with great precision.

One day a new girl joins Yims class, Lisa. She also has no friends. Yim is a little scared, but also intrigued by this girl that just doesn’t stop talking. Especially when he finds out her father is a wind turbine repair man. They spend more and more time together, which makes Yoyo very jealous. Lisa doesn’t mind Yim doesn’t speak. She is very impressed by his beautiful drawings and very pleased when Yim gives her one of an elephant, her favourite animal.

Yoyo doesn’t trust Lisa and he tells Yim should’t talk to her, but when she invites Yim to join her and her father to go up to the top of a windwill, Yim’s curiosity beats his fear. Once they are several meters from the ground, Lisa’s fear of heights gets the better of her.

Lisa and her father drop Yim off at home and Lisa walks Yim to his front door. When Yoyo sees this he gets furious and he an Yim get into a bad fight that breaks the friendship. Lisa overheard Yim and is hurt that lead her to believe he can’t speak.

Now Yoyo has left and Lisa doesn’t want to be friends anymore Yim is really all alone. The next day Yim decides to face his biggest fear of speaking in front of other people and starts by saying sorry to Lisa. With their friendship rekindled Yim helps Lisa overcome her fear of heights with a trick he learned from Yoyo.

Yim & Yoyo is a live action film with animated elements. Yoyo and the imaginary world in which their adventures take place, are animated.

The International Emmy-winning series KABAM! is all about common childhood fears. Everyone gets scared sometimes. This preschool d...

The Caps Club is about a group of children that all have a physical disability and solve mysteries together from their secret...

In this documentary we see the fourteen-year-old Eugène who has been dancing since he was six.

Evi is six years old and lives with her parents and Grandpa Co in a small village in the Netherlands. Her parents have a big secon...